Skip to content
HomePublicationsArticlesFilmography of the Genocide: Official and Ephemeral Film Documents on the Persecution and Extermination of the European Jews 1933-1945
A comprehensive list of archival film material related to the genocide, including film materials which are only mentioned in contemporary sources, or which were only reported by witnesses after the war.

A tabulation which encompasses lost films, if indeed there is considerable evidence for them, is bound to upend the prevailing notion that filming during the genocide was highly exceptional and mostly carried out in the handful of instances surviving as archival material today.

Article Download
Fabian Schmidt, Alexander Oliver Zöller: Filmography of the Genocide: Official and Ephemeral Film Documents on the Persecution and Extermination of the European Jews 1933-1945, in: Research in Film and History. Audiovisual Traces, no. 4 (February 2022), S. 1–160.
https://film-history.org/issues/text/filmography-genocide
https://film-history.org/about 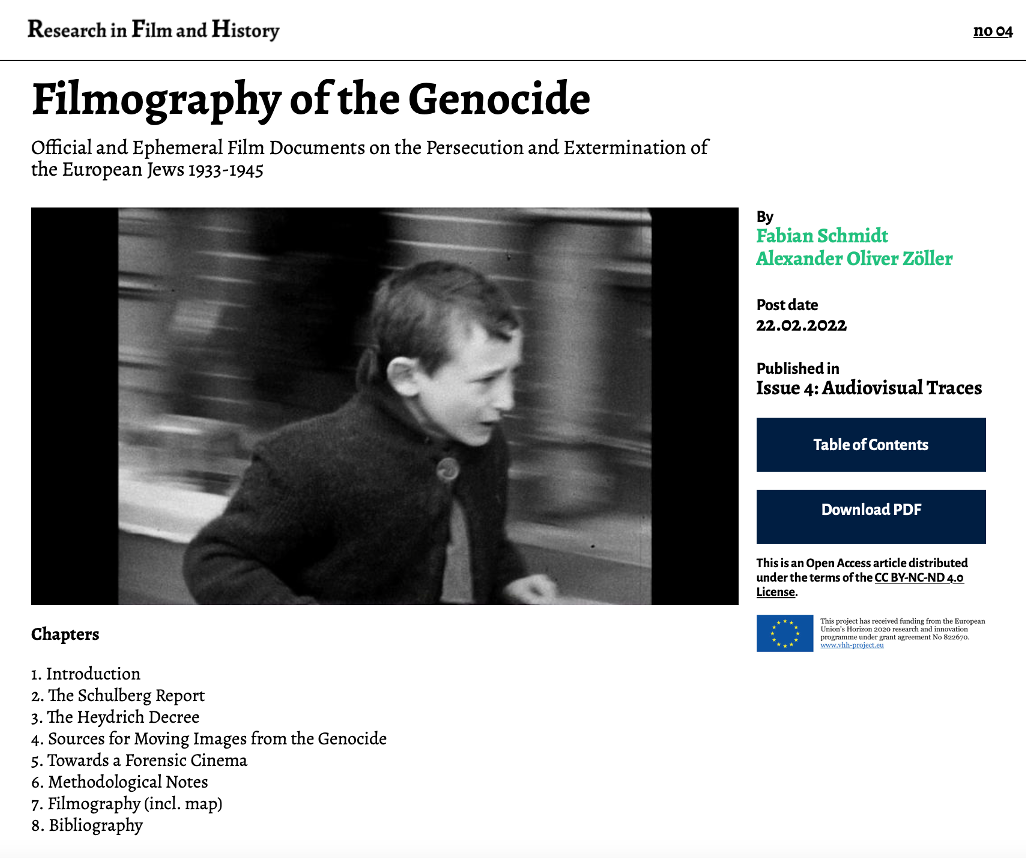