Skip to content
HomeEvents2021H2020 "Visual History of the Holocaust"
In the first session of this research seminar, Natascha Drubek-Meyer (Free University of Berlin/ Fonte Stiftung, Peter Szondi-Institut Berlin) speaks about "The Making of Majdanek – Cemetery of Europe (1944)".

As part of the Horizon 2020 project “Visual History of the Holocaust”, this seminar focuses on film documents created by Soviet filmmakers during the liberation of Nazi-occupied territories. The history of the Holocaust in Eastern Europe, the literature on mass violence, and the history of still and moving images serve to contextualize this little-known corpus of Soviet film images documenting Nazi crimes. Participants are invited to examine the period from 1941 to 1947, and thus to consider the different phases in which the identity of the victims was explicitly discussed or ignored. The seminar aims to engage in a dialog about the visual traces of Nazi atrocities in Central and Eastern Europe and the USSR. 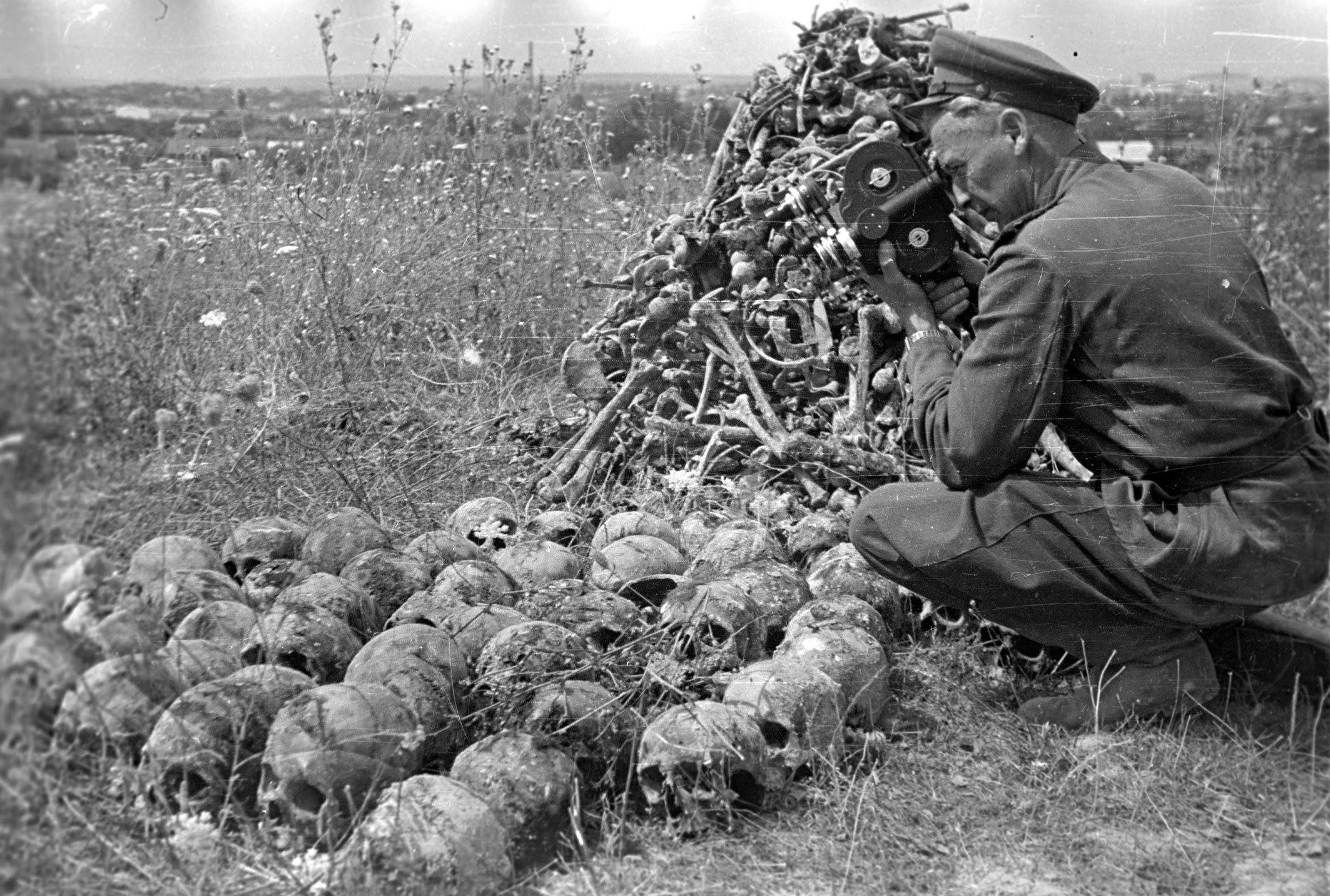