Skip to content
HomePublicationsArticlesHistShot: A Shot Type Dataset based on Historical Documentation during WWII
Automated shot type classification plays a significant role in film preservation and indexing of film datasets.

In this paper a historical shot type dataset (HistShot) is presented, where the frames have been extracted from original historical documentary films. A center frame of each shot has been chosen for the dataset and is annotated according to the following shot types: Close-Up (CU), Medium-Shot (MS), Long-Shot (LS), Extreme-Long-Shot (ELS), Intertitle (I), and Not Available/None (NA). The validity to choose the center frame is shown by a user study. Additionally, standard CNN-based methods (ResNet50, VGG16) have been applied to provide a baseline for the HistShot dataset. 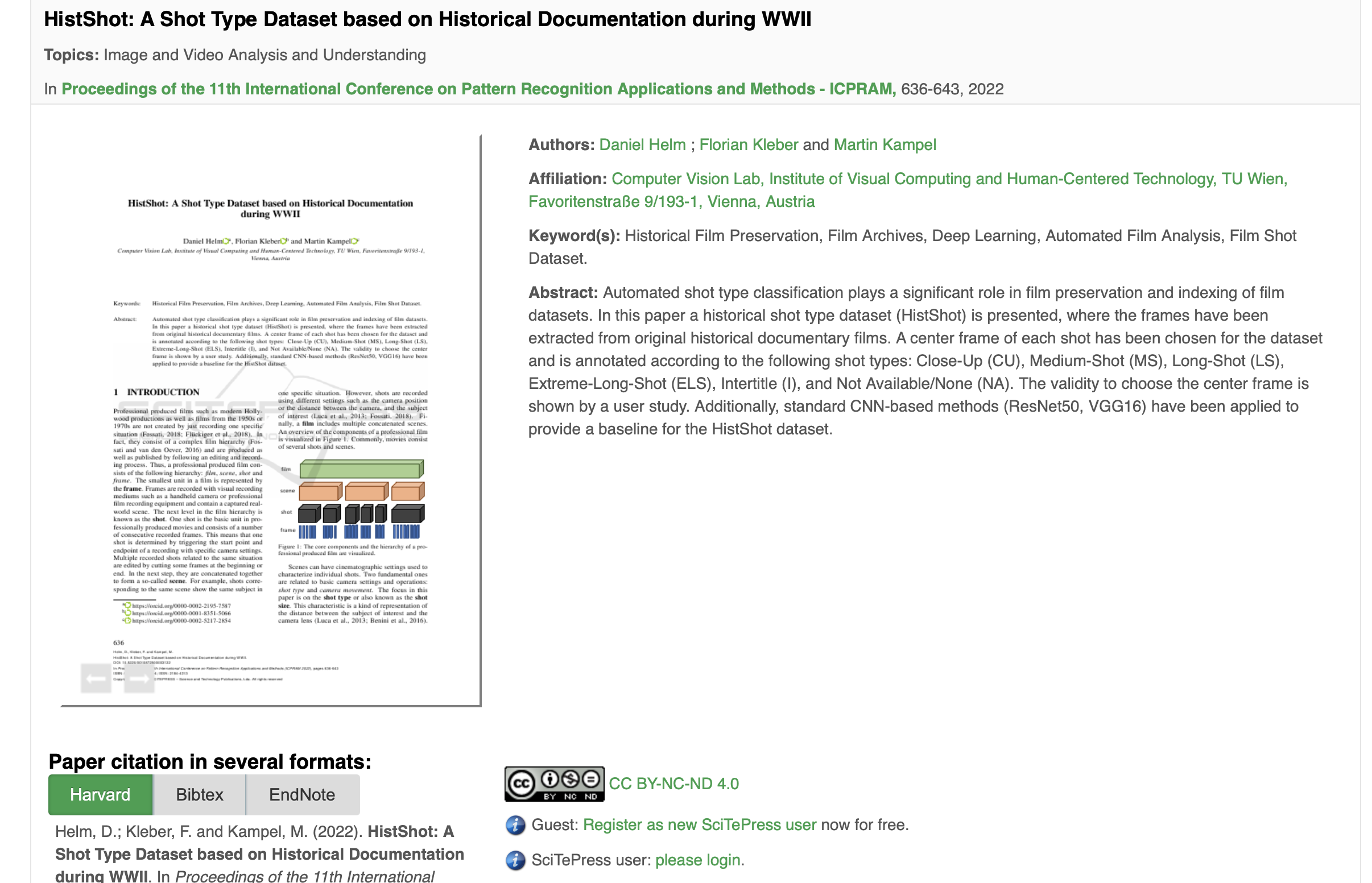