Skip to content
HomePublicationsArticlesLiberated on Film: Images and Narratives of Camp Liberation in Historical Footage and Feature Films
What is Allied footage of camp liberations really able to show about the encounter between liberators and liberated, and in which ways can feature films tell historically more accurate stories?

The footage that Allied cameramen shot during and shortly after the liberation of Nazi camps has mostly been used to give audiences an idea of the crimes that were committed in them before the liberators arrived. Since photography was strictly prohibited in the camps, Allied liberation footage revealing some of the appalling conditions inmates faced in the camp system’s final phase filled the void in the visual history of the Holocaust, though it has led to misconceptions. Rather than correcting these misconceptions, Ulrike Weckel explores what the footage, and the atrocity films compiled from it, tell us about the situation in which it originated, namely, camp liberation, that is, what liberators’ saw and how survivors responded to being filmed. The encounter between liberators and liberated overtaxed both sides, but the footage could not show that. Allied army cameramen were assigned to gather shocking pictures that would end disbelief and condemn the Nazis. Arguably, then, feature films based on witness testimony and the post-war literature can represent the encounter much better. Therefore, Weckel also considers selected liberation scenes to assess fiction’s advantage over the historical films.

Article Download
Ulrike Weckel, Liberated on Film: Images and Narratives of Camp Liberation in Historical Footage and Feature Films, in: Research in Film and History. Research, Debates and Projects 2.0, no. 2 (October 2019), 1-21.
https://film-history.org/issues/text/liberated-film-images-and-narratives-camp-liberation-historical-footage-and-feature
https://film-history.org/about 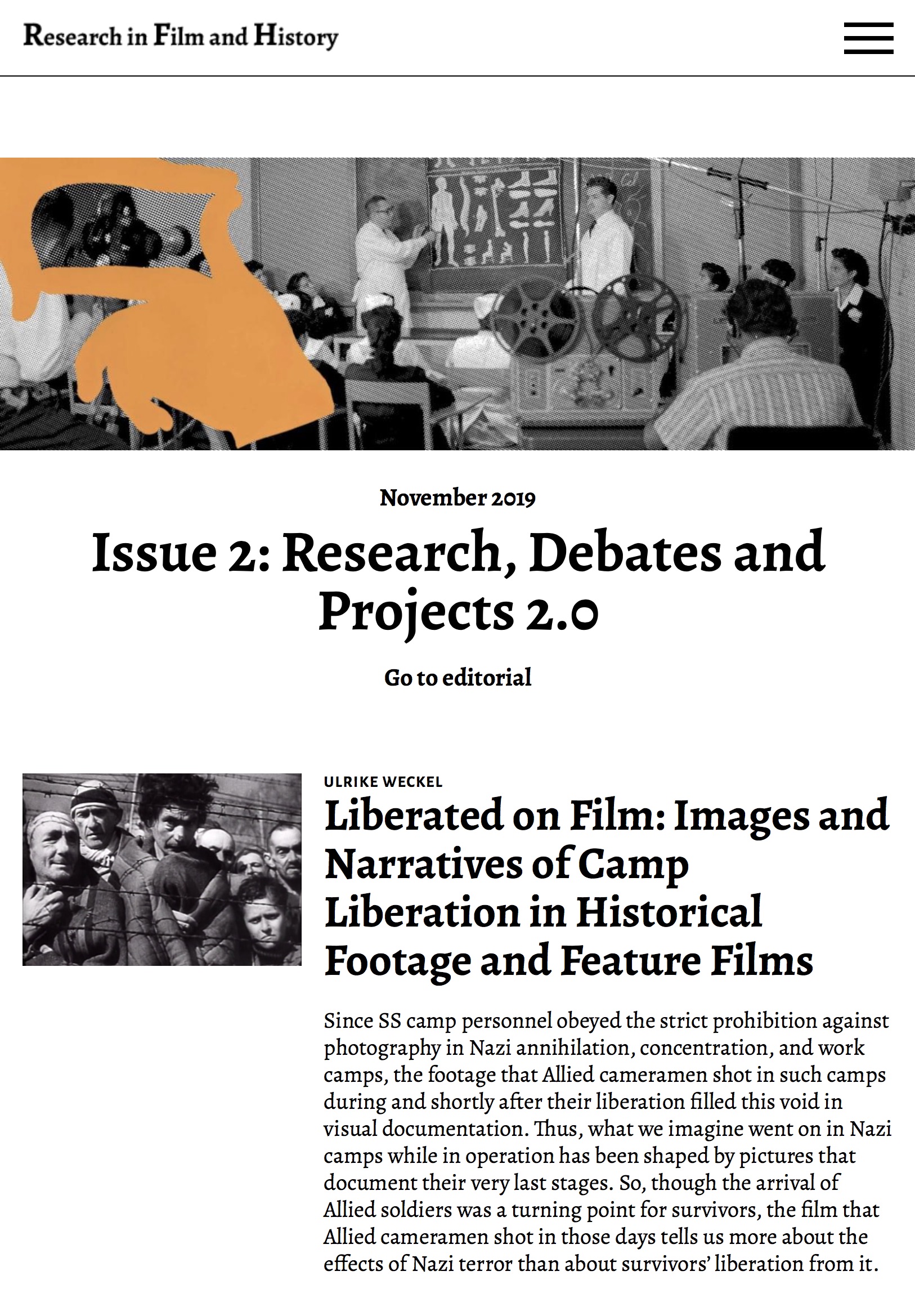