Skip to content
HomeEvents2020In Focus: Approaching the Visual History of the Holocaust through Digital Technology
In their presentation, Ingo Zechner and Tobias Ebbrecht-Hartmann reflect on the paradoxical situation that – under certain circumstances – remote access may bring users closer to archival documents than ordinary historiographic use or even on-site examination of archival collections. They also discuss the changing roles of archivists and experts in digital environments, in which they share the same information and the same tools as other users. Finally, they raise the question how cataloguing changes if cataloguers are partially replaced with artificial intelligence.

Films have always been typical cases of remote access. This is particularly true for film documents created by allied cameramen during and after the liberation of concentration camps and other atrocity sites, intended to bridge the distance of audiences at home and of locals who denied knowledge of the documented crimes. Shaping our understanding of the Holocaust, these images have been transferred to other media and thereby transformed and recreated. They left their traces in popular culture, e.g. TV documentaries, YouTube clips, feature films, video games, and graphic novels, but have only rarely been screened in their original formats. Only few, often highly specialized archivists, curators, media producers, and scholars had the chance to examine them at archives where they are usually deprived of their production context and isolated from their afterlife. The EU-funded project “Visual History of the Holocaust: Rethinking Curation in the Digital Age” is about to change this situation. Using the so-called liberation footage and its function to visualize the Holocaust as a challenging test case, this project develops tool kits for advanced digitization, best practice models of digital access, and applications for the exploration of filmic and other archival documents. Based on a new inclusive concept of digital curation, the Media Management and Search Infrastructure (the so called “VHH-MMSI”) created in the course of the project aggregates films which currently are dispersed across archival institutions in the United States, the United Kingdom, Russia and other former Soviet Republics. This online platform allows for the combination of digitized film documents with other digitized assets on the history of the Holocaust, especially testimonies, historical text documents and photographs, and for the comprehensive annotation, mapping, and analysis of individual events and places, stories, and formal and narrative patterns that were detected in the films. Users of the VHH-MMSI are invited to access a living archive and to use emerging technologies such as automated analysis of images and text, time-based annotation and location-based services to participate in the linking of archival documents. Establishing new and sometimes unforeseen relations, these technological innovations enable an intensified engagement with the visual history of the Holocaust. Ingo Zechner and Tobias Ebbrecht-Hartmann present key ideas of the VHH project as possible answers to questions raised by the workshop. 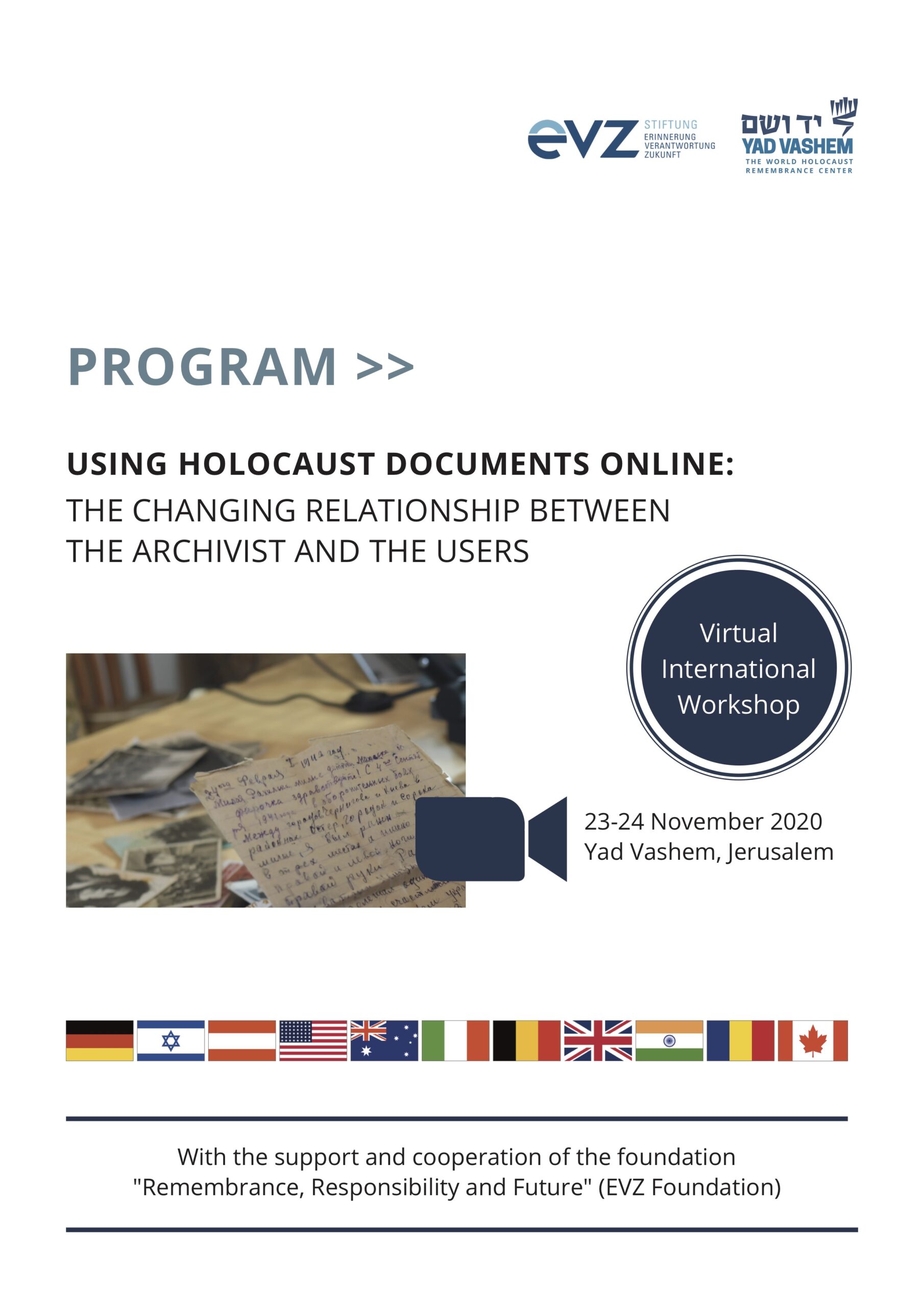