Skip to content
HomeEvents2021Teaching with Digital Exhibitions: The Gas Chamber and the VHH-MMSI
This paper focuses on artistic representations of the Nazi gas chambers and demonstrates how this icon of Holocaust memory can be used as the thematic and visual skeleton of a digital exhibition.

The gas chambers are implicated in the memory of the Holocaust. But how much do we really know about the history of this notorious ‘modern’ apparatus of mass execution, invented years before Hitler was born and still in use as late as 1999? (Christianson 2010) Focusing on artistic representations of the Nazi gas chambers – some very provocative – created through the years by leading artists, the paper uses this challenging icon of Holocaust memory as the thematic and visual skeleton of a digital exhibition, which may potentially be curated with the assistance of the innovative technology offered by the Horizon 2020 ‘Visual History of the Holocaust’ project’s Media Management and Search Infrastructure (VHH-MMSI).

Using the VHH-MMSI as a digital “contact zone” (Clifford 1997; Gere 1997) that enables the past to be digitally curated and displayed – a term that already points to screens and user interface experience (Richter 2011 [2007]) – the paper links the selected representations to historical, political, and socio-cultural sources and contexts, while examining the critical role of both artworks and digital curatorial praxis in forming, constructing, and producing multi-layered ‘entry points’ to facilitate engagement with the Holocaust. In so doing, the paper demonstrates the ability of artworks to constitute a discursive realm for Holocaust memory, and of digital curatorial praxis to critically produce connections that generate evolving and dynamic meanings (von Bismark 2011 [2007]: 19; Richter 2011 [2007]: 44). This exposes the digital exhibition as a new means of teaching (Kieth 2021) and mediating the memory of the Holocaust to young students, thereby highlighting the contribution of this communicative medium to the visual memory of the Holocaust in what will soon be a digital era with no remaining survivors.

https://in.bgu.ac.il/en/humsos/rabb/Pages/conference.aspx
The Raabb Center of Holocaust and Revival Studies at the Ben-Gurion University of the Negev 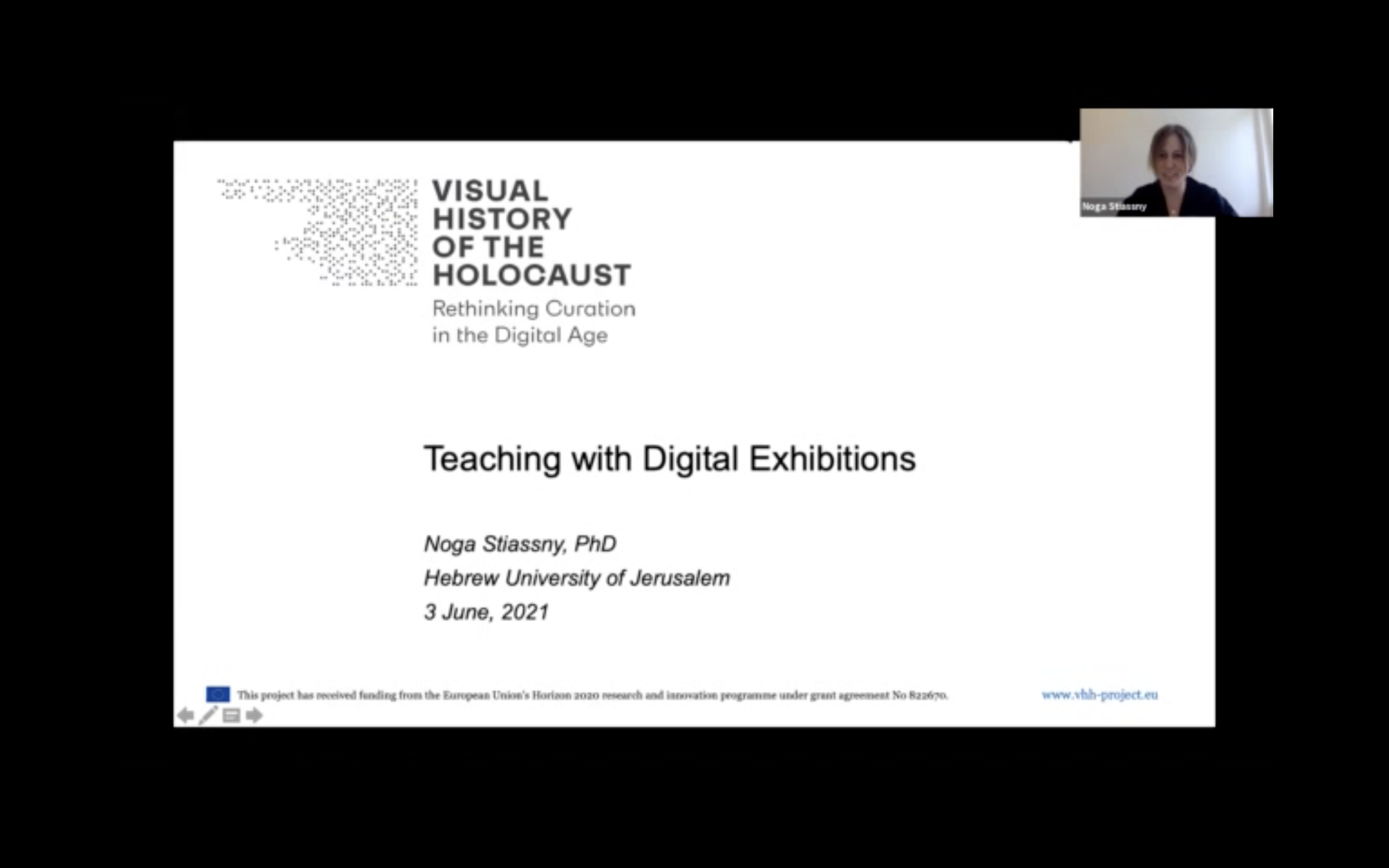 Teaching with Digital Exhibitions: The Gas Chamber and the VHH-MMSI