Skip to content
HomeEvents2022Documenting Nazi Crimes through Film: Soviet Union, 1942–1945
This conference discusses the atrocity films recorded by Soviet cameramen during the liberation of Nazi-occupied territories in Eastern Europe.

It addresses a large and diverse number of filmed atrocity sites identified by the CERCEC research team in the course of the Visual History of the Holocaust (VHH) project. This hitherto little-known corpus of Soviet film images will be contextualized and reflected in the light of other sources about the history of the Holocaust in Eastern Europe and in relation to other still and moving images of mass violence.

The conference will conclude two years of research seminars organized by the CERCEC team. It will consider recent research on the social and political contexts in which the filmmakers, journalists, and members of the Soviet Extraordinary State Commission (ChGK) worked. The contributions aim for a multiplication of perspectives in the analysis of well-known sites of the Holocaust (Auschwitz-Birkenau, Majdanek, Babyn Yar) but will also present lesser-known sites (Donbass, Crimea, Soviet POWs camps in the Reich) through micro-historical approaches.

Finally, contributors will analyze and reflect the aesthetic techniques employed by the filmmakers, the instructions governing the filming, the circulation of the footage between different editions and territories of distribution, and the ethical challenges of sharing Holocaust images in the digital era.

The conference is jointly hosted by the Centre for Russian, Caucasian Studies and Central European Studies (CERCEC/CNRS) in cooperation with the Mémorial de la Shoah and organized within the framework of the EU Horizon 2020 project “Visual History of the Holocaust. Rethinking Curation in the Digital Age”.

COVID-19 protective measures:
For now, there are no Covid-related restrictions in France. However, wearing a mask is strongly recommended. FFP2 masks and antigen tests will be provided for free to conference participants.

Registration:
Attendance is free of charge, but places are limited. For participation, please register by sending an email to: marie.moutier@ehess.fr 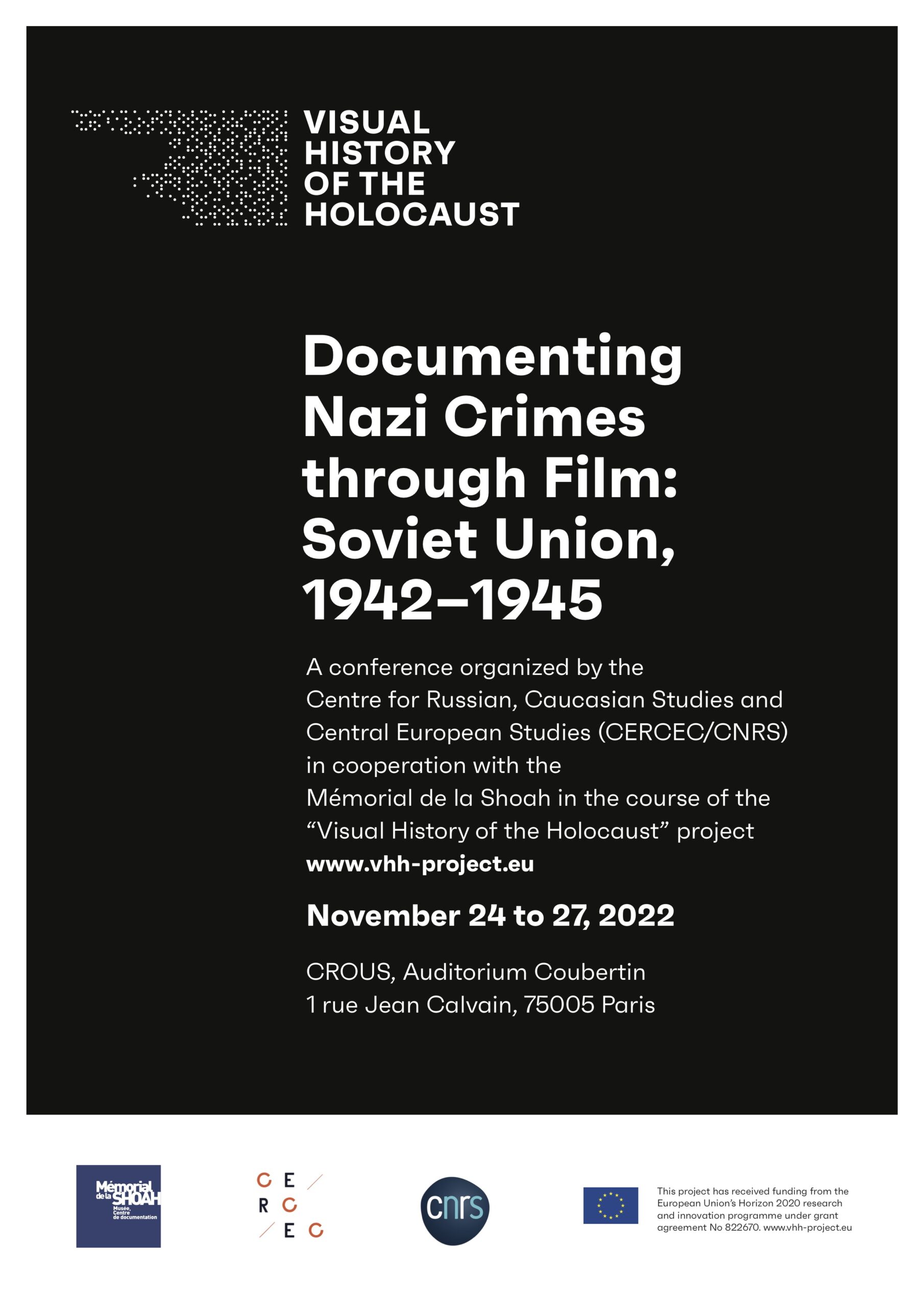